Fort Myers, Fla. — Looking for its first 4-0 start since the 2008-09 season, Georgia Tech enters Power Conference competition this week with its appearance in the Rocket Mortgage Fort Myers Tip-Off and an opening contest at 6 p.m. Monday night against Utah a the Pac-12 conference.

Tech is in the Beach Division of the Fort Myers Tip-Off with the states of Utes, Marquette and Mississippi. The Golden Eagles and Bulldogs meet Monday at 8:30 p.m. The Tech Utah winner meets the Marquatte-MSU winner for the championship Wednesday night at 8:30 p.m. while the losers battle for third place at 6:00 p.m. Wednesday. The event will be held at the Suncoast Credit Union Arena on the Florida SouthWestern State College campus.

Tech has two dominant wins over Clayton State (93-63) and Northern Illinois (68-50) and a 59-57 last-second win at cross-town opponents Georgia State. The Yellow Jackets currently rank No. 2 in the ACC in scoring defense (56.7 points per game) while leading the conference in field goal percentage defense (33.5 percent) and three point defense percentage (18.3 percent).

Utah (3-1) won its first three games against Long Island University, Cal State-Bakersfield and Idaho State by averaging 27 points before a 65-55 decision at home to Sam Houston State on Thursday night. Like Tech, the Utes rank high in the same defensive categories in the Pac-12, first in scoring defense (53.8 ppg) and #2 in field goal percent defense (34.0 percent) and three-point defense ( 25.0 percent). .

The game will be broadcast nationally on FS1. Radio will be broadcast via Legends Sports’ Georgia Tech Sports Network and flagship station 680 the Fan (680 AM/93.7 FM) and satellite radio (SiriusXM channel 385, SXM app 975).

JACKETS AT A GLANCE

Georgia Tech has eight players who have put up significant playing time in this seventh season under head coach Josh Pastner in 2021-22 to replace strikes from Michael Devoe and Jordan Usher, who collectively averaged more than 32 points per game.

Pastner and his staff bolstered the eight returns with two transfers in the 6-2 guard Lance Terry (14.3 ppg at Gardner-Webb) and 6-7 forward Yes’ from Franklin (12.2 ppg, 7.8 rpg in South Alabama) and signed two international players – 6-8 forwards – over the summer Freds Pauls Bagatskis from Latvia and 7-foot center Kirill Martynov from Canada. 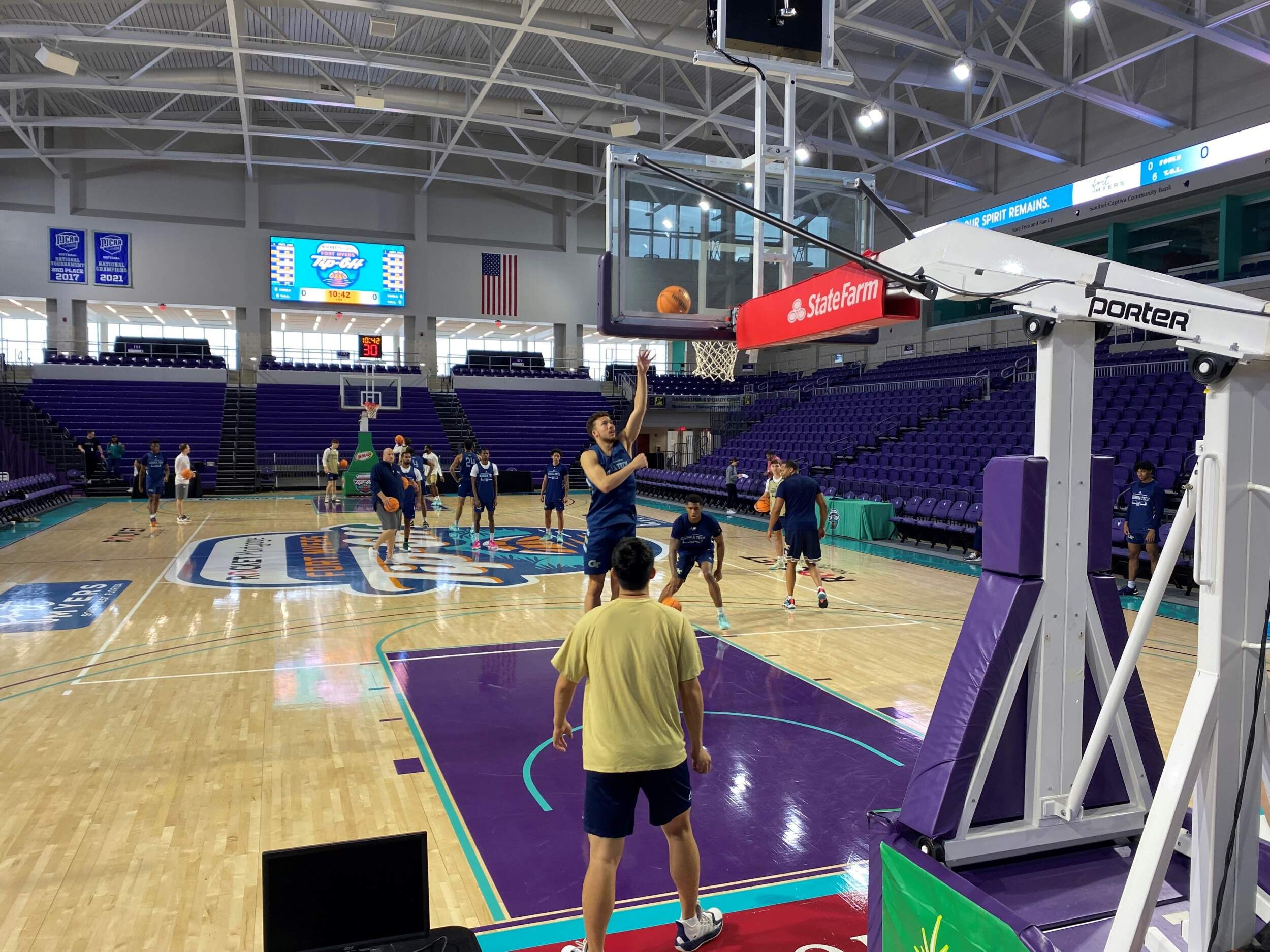 The Yellow Jackets are aiming for their first 4-0 start since the 2008-09 season. 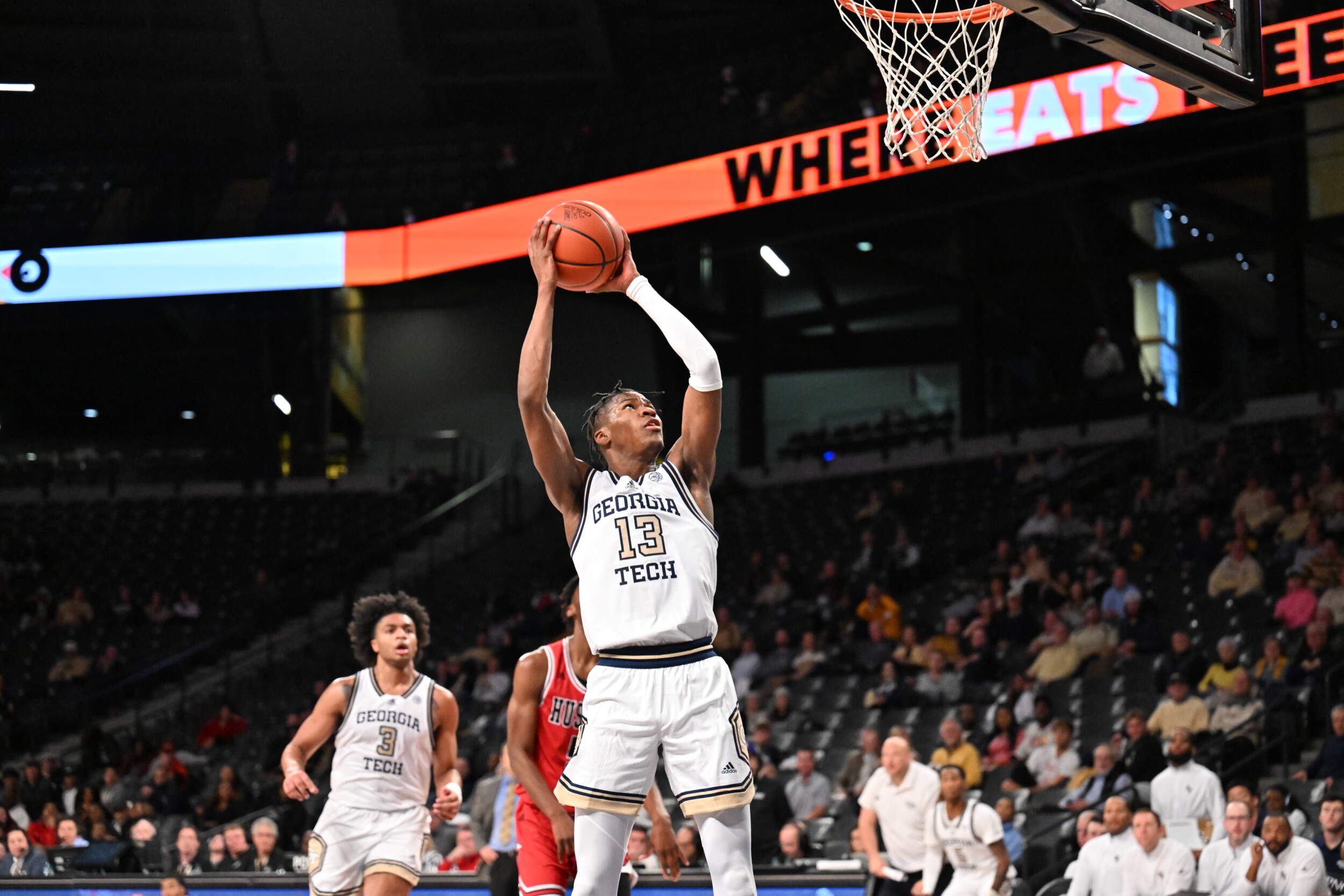 In a joint effort, Georgia Tech, the Georgia Tech Foundation, Georgia Tech Athletics and the Alexander-Tharpe Fund have joined forces to accelerate scholarship funding for students and athletes with the launch of the Competitive Drive Initiative. The initiative begins with the Accelerate GT Match Program, where every new donation to AT Fund’s Athletic Scholarship Fund made through December 31 will be matched dollar for dollar by the Georgia Tech Foundation up to $2.5 million . Should Accelerate GT reach its fundraising goal of $2.5 million, the gift would result in a $5 million impact to Georgia Tech Athletics. To learn more and contribute online, visit atfund.org/accelerate.

The Georgia Tech men’s basketball team has completed six seasons under head coach Josh Pastner, won the Atlantic Coast Conference championship in 2021 and played in an NCAA tournament for the first time in 11 years. A member of the Atlantic Coast Conference since 1979, Tech has won four ACC championships (1985, 1990, 1993, 2021), played 17 times in the NCAA tournament, and played in two Final Fours (1990, 2004). Connect with Georgia Tech Men’s Basketball on social media by liking or following their Facebook page Twitter (@GTMBB) and Instagram. For more information on tech basketball, visit Ramblinwreck.com.