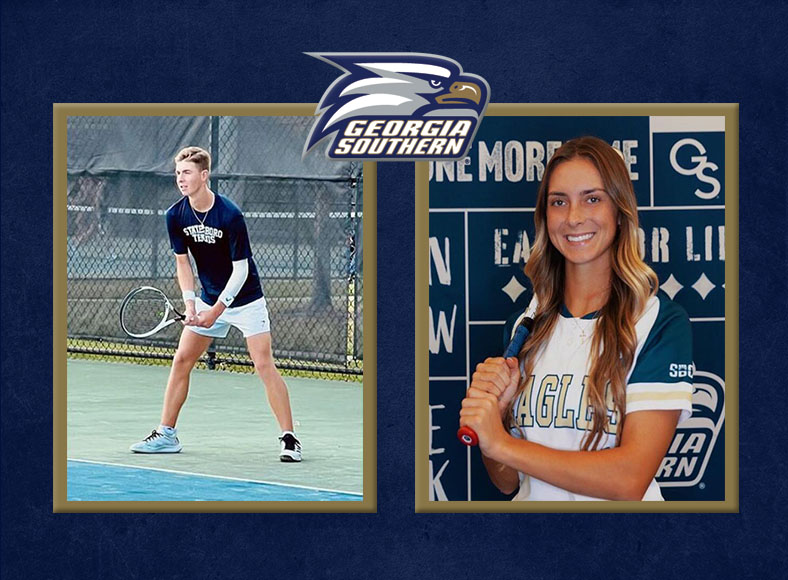 Georgia Southern Athletics announced this month that two of Bulloch County Schools’ senior athletes have signed to play for the varsity beginning in 2023.

Ranked in the top 25 individual tennis players in Georgia, Hall is playing his first singles for the Statesboro Blue Devils, where he currently has a career record of 40 wins and just one loss. He has been named to the First Team All region for the past three years. He was also named his team’s most valuable player three years in a row.

In a statement released by the university on Nov. 14, head coach Jeremy Bayon said: “I am very grateful and excited to have Holden join our Eagle family. His talent, hard work and dedication have made his game grow tremendously since we met a year and a half ago. Holden is a great addition to our program. I am very glad that he and his family have chosen to stay in Statesboro.” 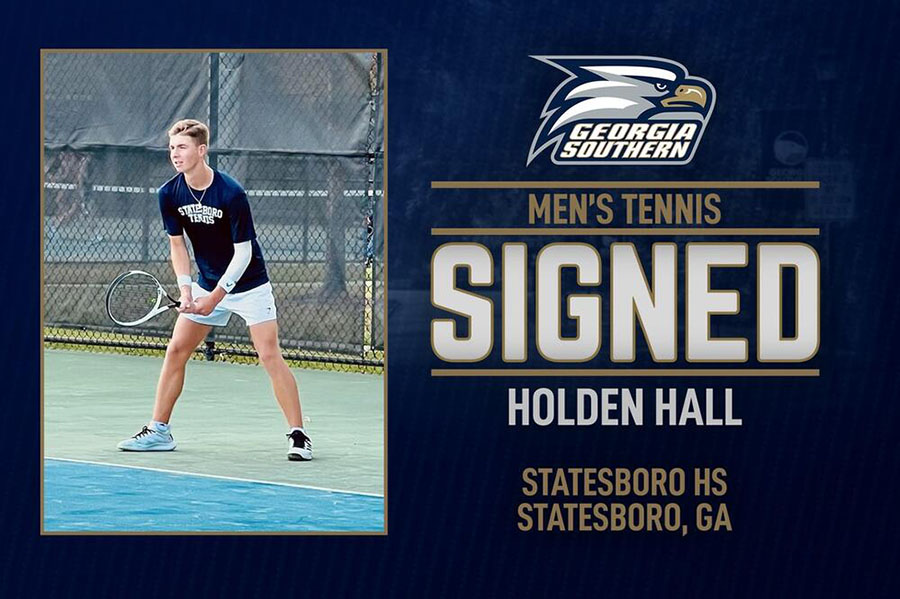 According to NCSA College Recruiting, only about 1.6 percent of student-athletes in softball make it into Division 1, so family, friends, teammates, faculty and coaches from Thames’ multisport middle school, high school and travel ball career came with Thames at their official to celebrate the signing ceremony.

In a statement from Georgia Southern Athletics about the signing class of the 2022 softball program, head coach Sharon Perkins said, “Delanie impressed me from day one. She always pays attention to detail with her footwork and defensive arm slits. She is a great communicator and leader and puts everything she has on the field every day. She will also give our lineup some much-needed power offensively. Del is the epitome of blue collar and exudes confidence in all aspects of the game.”

Thames is a three-sport athlete who plays infield softball, a linebacker on her school’s state-champion flag football team, and at 5′ 9″ also a basketball player. She was also in her freshman year on the track and field team.

With the Lady Jackets softball team, she was a four-year starter who earned recognition as a freshman for Region 3-AAA Player of the Year and earned both First Team All-Region 3 AAA and the Georgia High School Association (GHSA) First Team All State for Division AAA.

An injury ruled her out for her sophomore year, but she returned to the field in 2021 to again win her team’s Outstanding Offense Award and earn All-Region 3 AAA and GHSA 1st Team All-State AAA honors, as well as in the All-Star South Team.

As a senior, she was named Offensive Player of the Year for Region 3 AAAA for a second time and was named to the 1st Team All-Region. Her career record at SEBHS is a .533 batting average, with 35 home runs, 148 runs scored and 79 stolen bases.

Her head softball coach, Aimee Civalier, has described her in interviews with regional sportswriters as a “game changer” and “an offensive threat every time she comes to bat,” which is dynamic praise from a coach working on the softball program the school has participated several times for the GHSA Elite-Eight. “She’s what recruiters call a five-point player because of her hitting, catching, throwing, fielding and baserunning skills, but I’ll add a sixth point,” Civalier said. “Their guidance and knowledge of the game.”

Civalier was one of five coaches to speak during the Thames signing ceremony. Each shared their dedication, work ethic and mentoring skills. One of the coaches was Billy Haas, head baseball coach at Southeast Bulloch Middle School (SEBMS).

As an eighth grader at SEBMS, Thames made history by trying out and building the school’s highly competitive baseball team. She became one of the key players and helped the team win its first-ever regional title in the program’s history. 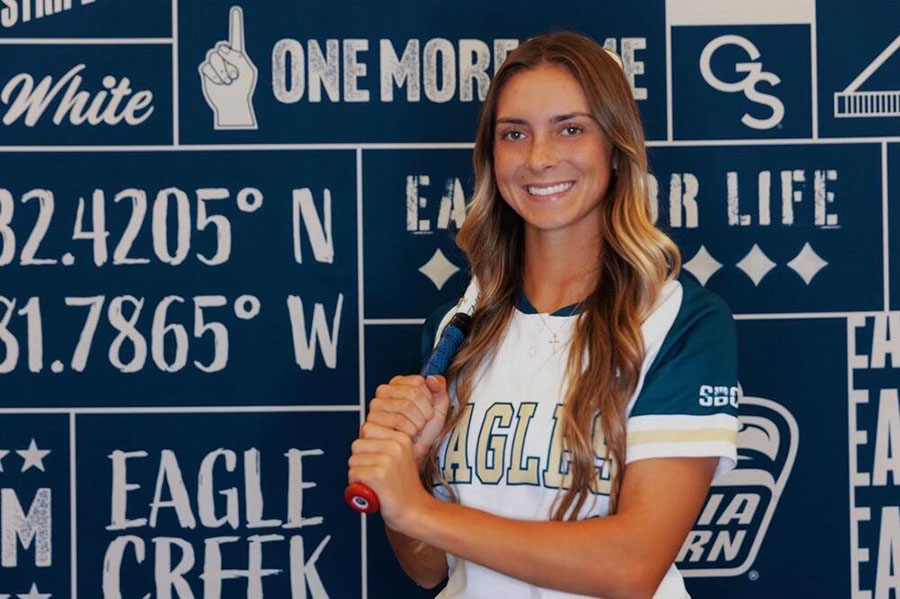