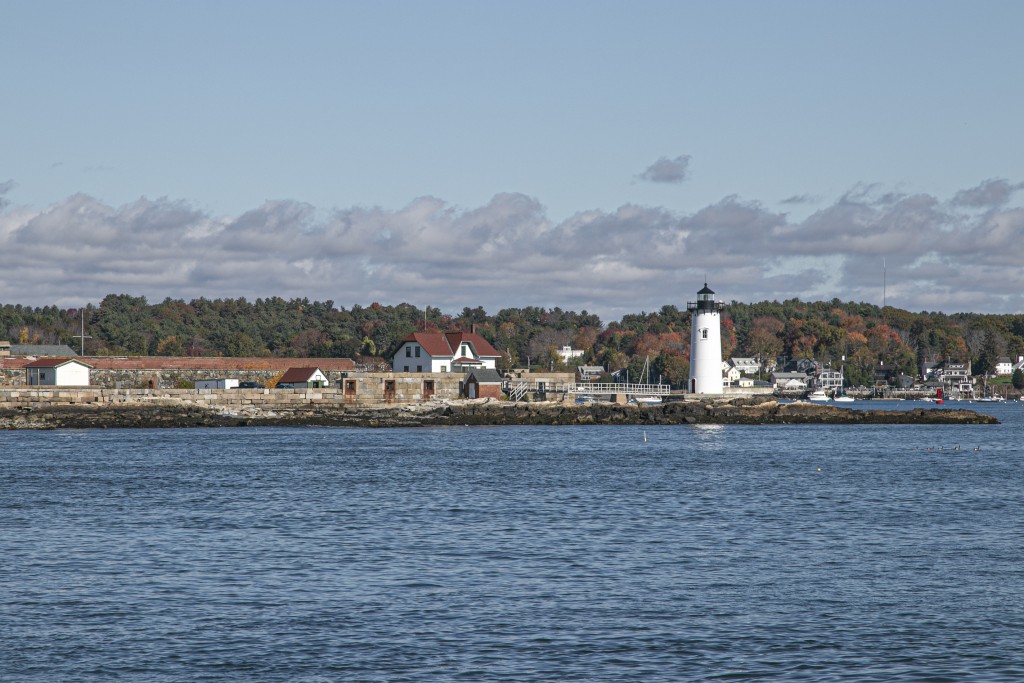 New Castle, Portsmouth Lighthouse and Old Fort Constitution at the mouth of the Piscataqua River.

Still retains the atmosphere of the prosperous little seafaring village in which it was located Late 16th century New Castle packs four centuries of history into less than a square mile. It’s the smallest town in New Hampshire, its easternmost and the only one entirely on islands.

It’s also one of the most pleasant to explore, strolling through its narrow streets and past houses from the 16th and 17th centuries. Front doors often open directly onto the street, as there is often no space for a front yard.

Several historical “firsts” are centered on the fortifications at New Castle’s outermost point. Castle was the name of a fortress, in this case in reference to the ‘four Grete guns’ installed on new earthen ramparts in 1642 to defend Portsmouth Harbour. Even before a blockhouse was built there in 1666, four boats with a force of 40 men pursued the notorious pirate Dixie Bull and scared him off forever in the colony’s first naval engagement.

The fort grew in importance during the French and Indian Wars and when Portsmouth Harbor became a major shipbuilding port. In 1692 the British Crown sent guns and ammunition, and the position was renamed Fort William and Mary in honor of the monarchs. By protecting the port, the fort also kept the ships safe built in shipyards along the tidal waters of Portsmouth, Dover and Exeter.

Fort William and Mary continued to grow, as did the unrest in the colonies, which were heavily taxed to fund British efforts to hold Canada during the French and Indian Wars. By the end of 1774 the murmuring had risen to the point where the king banned the importation of gunpowder and military supplies into America – on December 13 Paul Revere rode into Portsmouth with the news that more British troops were on their way to reinforce the fort.

Portsmouth Patriots reacted quickly to free the ammunition stored there, and 400 of them stormed the fort the next day they could carry away in Gundalows. (It was hidden and later used at the Battle of Bunker Hill.) Although there had been other attacks on particularly troubled local authorities, this was the first armed attack on a British garrison, the first military engagement of the Revolution.

The name has been changed to Fort Constitution, doubling the height of the walls and adding the brick barracks that served during the Civil War. A larger granite block fortification was begun around the brick wall but never completed. The last military contingent left Fort Constitution in 1958, and in 1961 it was returned to the state as a historic site.

Also on Fort Point, Portsmouth Harbor Lighthouse was built in 1771 after Royal Governor John Wentworth told the Provincial Assembly, reluctant to spend the money, that “every future choking shriek of a drowning sailor on our shores will bitterly accuse the unfeeling recusant who is wasting his life in the cause of a pitiful.” to save an unblessed shilling. ” The 50-foot tall, clapboard-shingled lighthouse, lit by three copper oil lamps, was the first lighthouse in the American colonies north of Boston. In summer you can climb to the top on Sunday afternoons. 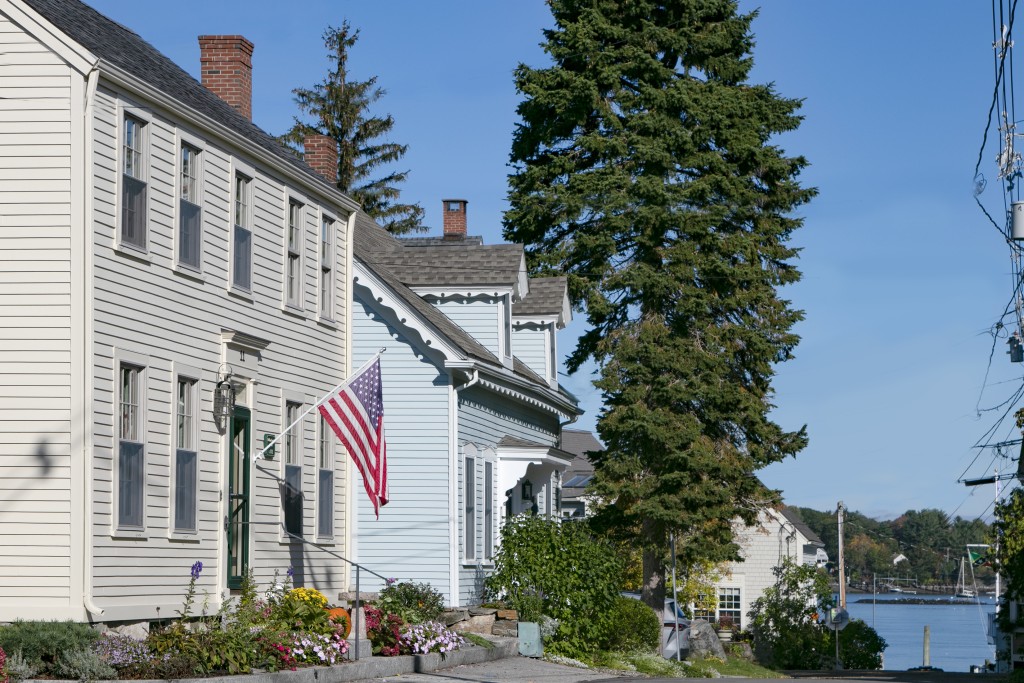 Fort Constitution was one of three at New Castle and one of seven built to protect Portsmouth Harbor and the Naval Dockyard. At the end of Wild Rose Lane is the deserted one Fort Stark, the site of earthworks during the Revolution and War of 1812 and later a stone fortress before the present batteries were built in the early 20th century. The magazines used in both world wars now stand empty, and grass is growing out of the cracked cement – gun emplacements have begun to slide down the crumbling cliff.

The third, Camp Langdon, began in 1909 and was used as an anti-aircraft battery in World War I and as the main garrison area for the four local forts in World War II. In 1963 it became a city park known as Big common island. The military-built jetty is now part of the park, which has a picnic area and sandy beach.

We learned more about the history of the island New Palace Historical Society, a former church that also served as the town library. On display are pottery, bottles and other artefacts recovered from the wrecks of a schooner and the HMS Astraea sinking into the Piscataqua Flow. A painted theater curtain covering the entire back wall depicts the gates of Fort Constitution.

Looking at part of a millstone in the museum courtyard, we discovered that some of the waters we had kayaked around New Castle were once part of two tidemill ponds. The 8- to 12-foot tides made the ponds ideal for tide mills, operated by swing gates that were opened by the incoming tide and closed by the outflow. The collected water, which was slowly released through a sluice and over a water wheel, powered the mill. The millstone fragment was delivered to the court of the Historical Society by an exceptionally high tide.

A kayak is a great way to explore these millponds, the smaller islands in the Piscataqua that make up New Castle, and the tidal estuary of Sagamore Creek. One of the mill ponds is directly across from Route 1B Wentworth by the sea. This hotel opens another chapter in the history of New Castle and America.

Portsmouth brewing magnate Frank Jones bought a small hotel in New Castle in the late 1800s and expanded it into Wentworth by the Sea, one of New England’s premier seaside resorts of the grand hotel era. In 1906, not long after the owner’s death, Judge Calvin Page, who administered the Jones estate, was approached by President Theodore Roosevelt’s associates. They are looking for a place to accommodate the delegate to peace talks to end the RussoJapanese War.

Judge Page offered the hotel free of charge to all delegates. The meetings would be held at Portsmouth Naval Shipyard and delegates could be transported directly between the two by barge. It was a win-winwin: The peace treaty has been signed, news News coverage made the hotel world famous and the President received the Nobel Peace Prize.