A New Hampshire radiologist who missed breast cancer diagnoses in 24 women across the state over a three-year period was fined just $750 for his life-threatening mistakes and allowed to keep his medical license.

In one of the cases, Dr. Mark Guilfoyle same woman three times over a period of three years but could not find anything abnormal in her mammogram.

He practiced radiology at Dartmouth-Hitchcock Medical Center and provided radiology services at three small rural hospitals in the state.

The complaints were filed a few years ago, but Guilfoyle’s September 2019 settlement with the New Hampshire Board of Medicine only recently came to light, according to a report by The Boston Globe’s Spotlight investigative team.

Guilfoyle’s sanctions bar him from reading mammograms only in the state of New Hampshire, although he’s still allowed to interpret x-rays and radiological images. 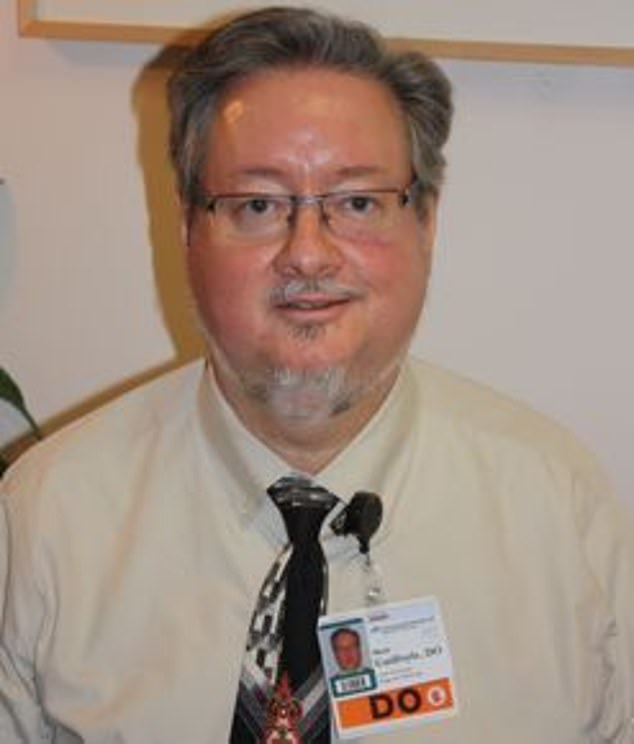 The Boston Globe conducted its own investigation after a former patient of Guilfoyle came forward.

Patricia Eddy was told her mammograms in 2015, 2016 and 2017, which were done under Guilfoyle’s care, were disease free.

But upon closer examination, she was told that breast cancer was always present – only the radiologist hadn’t detected it.

Eddy, 66, underwent a double mastectomy after she claims it was the doctor’s fault. She is angry that he is still allowed to practice and that he was able to keep his license.

“I personally don’t think he should read anything. They have this doctor who is harming innocent patients with his incompetence and they aren’t doing anything about it.

Eddy alerted the New Hampshire Board of Medicine in August 2017, explaining everything she had been through and demanding to know why Guilfoyle was still practicing medicine. 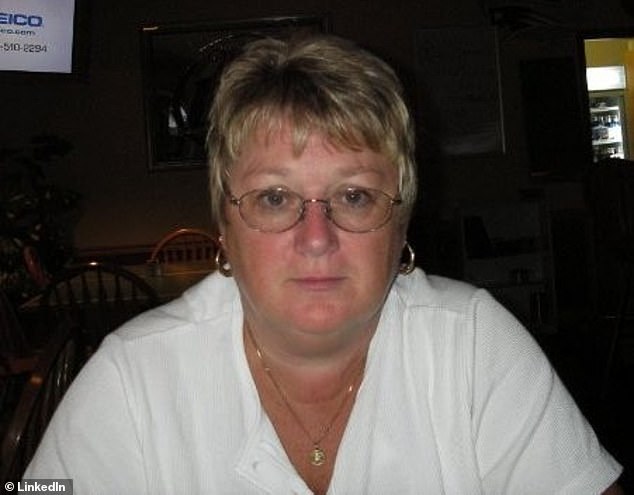 Patricia Eddy was told her mammograms in 2015, 2016 and 2017 taken under Guilfoyle’s care were disease free, but on closer examination she was told breast cancer was present each time – only the radiologist hadn’t discovered

It was another eight months before she received a reply, telling her that despite her complaint, the doctor had not received any “formal disciplinary action”.

It would be another two years before the board reached an agreement of its own with Guilfoyle.

Another woman, 76-year-old Cheryl Jensen, said Guilfoyle “ruined the rest of my life” by misreading her mammograms.

This resulted in her breast cancer being given time to spread and eventually being diagnosed in early 2018, which required her to undergo surgery, chemotherapy and radiation.

“For me, the main topic is the medical association. His lack of action and transparency,” Jensen said.

After hearing about Guilfoyle’s sanctions, she asked the board to reopen the case and have his license revoked, but the board only responded that it “considers this matter fully investigated.”

“He got a slap on the wrist and I got a slap in the face from that board,” Jensen bluntly told The Globe.

One of Guilfoyle’s superiors, Dr. Rebecca Zuurbier, director of breast imaging at Dartmouth Hitchcock Medical Center, was also concerned about the doctor’s work. 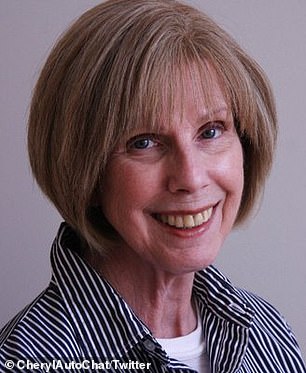 Cheryl Jensen, 76, said Guilfoyle “ruined the rest of my life” by misreading her mammograms. This resulted in her breast cancer being given time to spread and eventually being diagnosed in early 2018, which required her to undergo surgery, chemotherapy and radiation

It resulted in a review of every single mammogram and breast ultrasound evaluated by the radiologist, consisting of more than 5,500 patient visits.

At that time, the two dozen women with overlooked breast cancer were found.

The affected patients were informed and, if necessary, further examined and treated.

“There were 24 patients with known missed breast cancer,” Zuurbier said.

The American Cancer Society says about one in eight cancers is missed on mammograms. Misdiagnosis is a common cause of medical malpractice claims against radiologists.

Small growths are often difficult to spot, not least because of the density and complexity of breast tissue.

“I liken it to looking at a Jackson Pollock painting with all the splatters and stains and dots,” Zuurbier explained. “If someone inserts a new point, do you record it? I can go back later and find that new point, although sometimes it’s difficult. But there are essential things you will learn that you shouldn’t miss.’

She agrees Guilfoyle “had a lot of big mistakes.”

“Dartmouth Health acted promptly and decisively when it was discovered that there was an alleged irregularity in one of its mammogram measurements,” added Dartmouth spokeswoman Audra Burn.

Dartmouth’s concerns were then referred to the state medical board, which investigated the “allegations of professional misconduct” under the board’s September 10, 2019 settlement agreement with the radiologist. 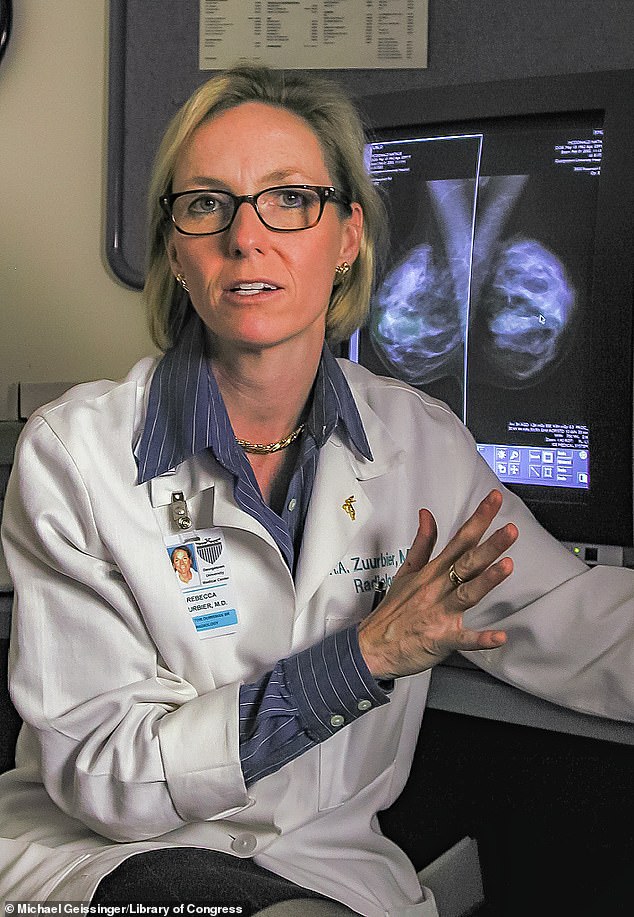 dr Rebecca Zuurbier, director of breast imaging at Dartmouth Hitchcock Medical Center, admits it can be difficult to spot masses, but Guilfoyle had “a lot of big flaws”. 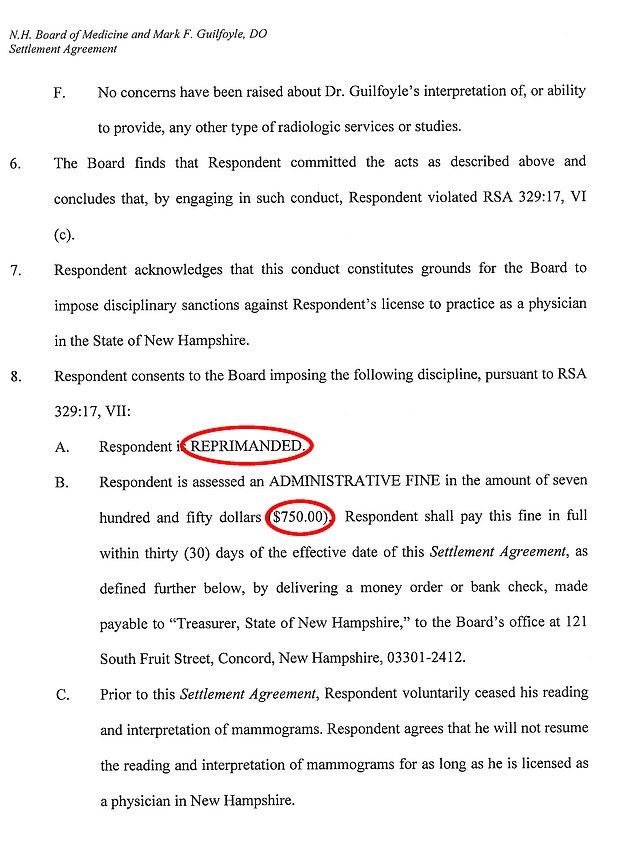 A decision by the New Hampshire State Medical Board saw Guilfoyle fined $750 and “reprimanded,” but he was still able to keep his license

The board decided that Guilfoyle would pay the ridiculous fine and be “reprimanded”.

“What I wanted from the start was his license. I stood up for myself, but I stood up for every other woman out there who was going to get a mammogram,” Eddy told The Globe.

Eddy was one of two dozen patients who fell victim to Guilfoyle’s alleged failure to detect signs of breast cancer on their mammograms or breast ultrasounds.

In 2020, 11 of the women involved have settled malpractice claims that Guilfoyle’s alleged negligence resulted in a delay in diagnosing her breast cancer.

The delay had potentially life-threatening repercussions. The group eventually split the proceeds of a $4.6 million payout, but neither the alleged errors nor Guilfoyle’s $750 are mentioned in his doctor profile on the New Hampshire Board of Medicine’s website.

In fact, the New Hampshire Medical Association is one of the least transparent in the country, as there is no easy way for patients to investigate their doctor’s past, including whether they have faced settlements for medical malpractice, hospital disciplinary action, or even criminal convictions . 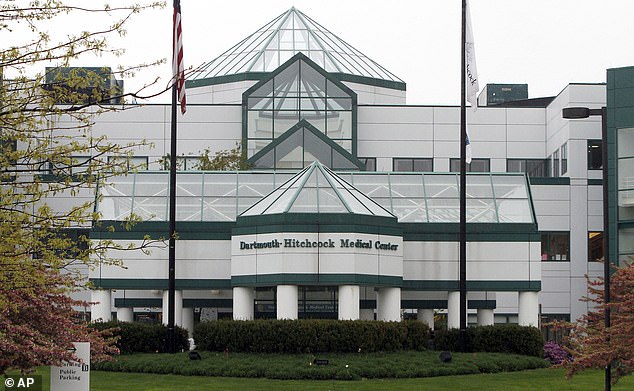 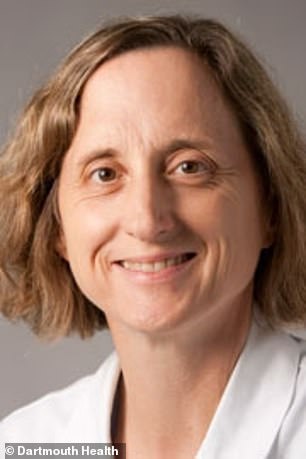 dr Emily Baker, the current president of the New Hampshire Medical Board and a practicing obstetrician-gynecologist at Dartmouth Health, said she was not authorized to speak for the agency

Guilfoyle’s lawyer, Jason Gregoire, only referred to the agreement Guilfoyle reached with the board in 2019, noting that it “speaks for itself”, adding that the doctor has not had a mammogram since he left Dartmouth have read.

Both Eddy and Jensen were patients at Weeks Medical Center in Lancaster, New Hampshire.

Guilfoyle is still licensed in eight states, including Michigan, Idaho, Iowa, Kentucky, Vermont and Washington, but only Georgia lists the $4.6 million misconduct payment.

dr Emily Baker, the current president of the New Hampshire Medical Board and a practicing obstetrician-gynecologist at Dartmouth Health, said she was not authorized to speak for the agency.