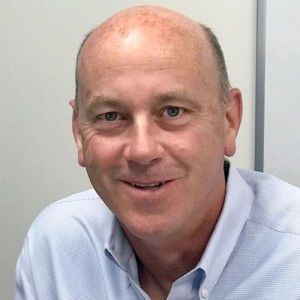 Vapotherm Inc. will close its Exeter manufacturing facility on December 30th and lay off 49 workers to stem ongoing losses from the relocation of those operations to Mexico. But the recent filing with the Securities and Exchange Commission warns that the company may not survive another year despite the lawsuit.

The Exeter-based medical device maker notified the state of its “permanent” plant closure on October 28 — a notification required under the state’s Worker Adjustment and Retraining Notification (WARN) Act, which requires a company to notify workers and the state notify an upcoming mass layoff.

The company had announced the shutdown back in April, and the only question was when exactly the closure would take place and how many workers would be left after the closure. NH Business Review’s Book of Lists reported that nearly 150 people worked at Vapotherm in New Hampshire last year, but didn’t specify how many were factory workers.

The company is moving its manufacturing facilities to Tijuana, where labor is cheaper, as part of a restructuring to make the company profitable. But the losses and lack of cash threaten the company’s continued existence, according to financial records.

Vapotherm lost $26.4 million in the most recent third quarter and $92.2 million year-to-date, according to the Nov. 2 SEC filing. As of September 30, the last day of the third quarter, the company had $28.7 million in cash. A $100 million loan taken out that day carries an 11.33 percent interest rate and a minimum liquidity requirement of $20 million.

“As of November 2, 2022, the Company anticipates that its existing cash and cash equivalents will be insufficient to comply with the liquidity agreement,” the filing reads. “As a result, there are significant doubts about the company’s ability to continue as a going concern within a year.”

If the company fails to sustain the $1 share price for 30 days, it faces delisting from the New York Stock Exchange. So far it has been below $1 since Nov. 4 and briefly dipped below 50 cents on Monday.

The stock exchange has already issued a delisting warning to the company as it failed to maintain its capitalization standard and the share capital was less than $50 million.

The company had to come up with a plan to return to compliance by November 11th. If the NYSE approves the plan within 45 days, it will monitor the company for 18 months. The company’s shares are now traded under the ticker symbol VAPO.BC.

As of Monday, November 14, there was no public release on the SEC website indicating whether the company met its deadline.

Vapotherm has lost money since its IPO in 2018, even as it piled on surging revenue during the Covid pandemic as the company rushed to ramp up operations amid its respirator surge. From 2019 to 2021, it recorded losses totaling $160 million.

But the decline in the number of Covid hospitalizations in early 2022 “surprised us,” CEO Joe Army said in a conversation with investors after the release of third-quarter results. For the quarter, the company had net sales of $13.5 million, slightly more than a third of the amount reported for the same quarter last year. Year-to-date revenue totaled $38.1 million compared to $91 million for the first three quarters of 2021.

The move to Mexico will cost the company about $3.5 million in associated costs, and the filing warns that the move poses risks, including whether “the staff we hired lack the necessary skills” and that the change could affect the “company culture.”

In the call, he said this is a “transitional year,” adding that moving to Mexico will result in labor costs 75 percent lower than in New Hampshire.

The move to Mexico would be the “most influential” move to boost profits, CFO John Landry added.

The company also hopes to increase profits by introducing products with higher “clinical value” by educating people in other parts of the hospital about the other benefits of its devices — for example, treating patients with breathing difficulties during shock —

And the establishment of a new R&D facility in Singapore, also to reduce costs.

The company is also seeing signs that its products may be returning to the high demand it saw at the height of the Covid pandemic.

Hospital admissions are rising, Landry said, due to the rise in respiratory syncytial virus (RSV). “We are encouraged by the sequential increases in our monthly turn rate compared to their pre-Covid levels.”